INTRODUCTION
The laboratory relining/rebasing of a maxillary complete denture (CD) requires a uniform reduction in the intaglio surface of denture base.1,2 This procedure provides a space for impression material and a new layer of acrylic resin. However, the modification of base fit against the palate often results in an alteration of the occlusal relation against the opposing dentition.1 Thus, the reline/rebase impression is usually made with the mouth closed in centric relation in order to keep the original relation of occlusal contacts.2

The reline/rebase impression is often sent to the laboratory team to generate a master cast. A post dam is commonly created on the cast after the completion of indexing or investment procedure required for relining/rebasing the denture.3 This method is convenient and avoids the inconvenience related to the turnaround of an indexed or invested cast between the practitioner and the dental technician. However, this procedure may risk producing an inadequate post dam, thus compromising the postpalatal seal and denture retention.4-8

The physiologic method may be a solution for creating a post dam while making the reline/rebase impression.9,10 This method may reduce the risk of losing the postpalatal seal related to any laboratory error. However, the procedure of using a low-temperature wax requires multiple clinical steps that are time consuming. In addition, the wax can be misplaced or dislodged from the impression surface because of the nonadherent nature of commonly used modern vinyl polysiloxane (VPS) impression materials.

This article will describe a simple and predictable technique for the creation of a mechanical post dam before the patient’s case is sent to the laboratory team for the completion of reline/rebase procedure. In this method, the reline/rebase master cast is attached to an articulator with the occlusal surfaces of denture teeth keyed against an occlusal index. This index allows the reline/rebase impression to be separated from the cast for the creation of post dam and the denture reoriented against the cast. This technique is efficient since it eliminates the necessity for the turnaround of a master cast between the lab team and the practitioner for the creation of post dam. Furthermore, it allows the practitioner to design a post dam based upon clinical information. However, care should be taken to avoid any misorientation of the occlusal surfaces of the denture teeth against the index.

CLINICAL TECHNIQUE
Carry out the reline/rebase impression procedure for a maxillary CD using a closed-mouth technique.2 Mark the vibrating line on the palate using a color applicator (Color Transfer Applicator [Great Plains Dental Products]), then transfer the intraoral ink mark to the impression.3 Pour the impression in Type III dental stone (Microstone [Whip Mix]) to generate a reline/rebase master cast. Do not separate the impression from the cast when the stone is set. Develop a plaster index against the occlusal surface of denture teeth in Type I dental stone (Mounting Plaster [Whip Mix]) and attach it to the lower member of an articulator (Hanau Wide-Vue [Whip Mix]). Mount the cast on the articulator (Hanau Wide-Vue) with the denture teeth keyed against the occlusal index (Figure 1). Gently separate the impression from the cast and note the ink-marked vibrating line as transferred from the impression to the cast. Carve a post dam on the cast along the ink mark using a round bur (US No. 6 [Brasseler USA]) and a wax spatula (7 Double Ended [Hu-Friedy]) (Figure 2).2,3,5 Remove the impression material from the denture base and reorient the denture against the cast by means of the occlusal index. Note the space between the denture base and cast occupied by the impression material. Secure the denture teeth against the index with wax (Sticky Wax [Kerr]) and inject a fast-setting silicone occlusion registration material (such as Blu-Bite [Henry Schein]) along the periphery of the denture base. Next, close the upper member of articulator (Hanau Wide-Vue) until the incisal pin touches the incisal table (Figure 3). Do not disturb the polymerization of silicone occlusion registration material (Blu-Bite) until fully set. Next, trim the excess using a surgical blade (carbon steel surgical blade No. 25 [Miltex]). Finally, separate the cast from the articulator and send it to the lab team to complete the reline/rebase procedure of maxillary CD (Figure 4).

DISCUSSION
The master cast for relining/rebasing a maxillary CD should have an adequate post dam to ensure the postpalatal seal at the posterior border of denture base.1,2,7 While the reline/rebase impression is commonly sent to the laboratory to create the post dam, the adequacy of post dam, as designed arbitrarily by a laboratory technician, may be suspect because of the technician’s absence of access to the mouth and the variability in the palatal contour and functional mobility.4,8

The post dam should be designed to conform to the palatal anatomy at the junction of movable and immovable tissues of palate.3,6 This objective is often achieved by using the physiologic method to thicken the posterior border of denture base and compress the soft tissue within the physiologic limit.9,10 However, the low-temperature wax often used to create the post dam does not adhere properly to the commonly used modern VPS impression materials.

The mechanical post dam is effective for creating the postpalatal seal.5 While the location and dimension of post dam is critical for denture retention and patient’s comfort,3-6 following the separation of reline/rebase impression from the cast, the practitioner can design and carve the post dam in reference to the clinical findings. However, the cast modification can alternatively be delegated to the lab team with the shape and dimension of post dam specified on the cast.

This procedure of creating a post dam takes additional steps such as developing an occlusal index and mounting the cast on an articulator. However, this method, by applying prosthodontic principles when doing a reline/rebase on a maxillary CD, eliminates the risk of compromising the postpalatal seal and ensures good denture retention.3,6

CONCLUSION
The use of an occlusal index to attach a reline/rebase master cast to an articulator is a simple and predictable method of creating a mechanical post dam. The method described here, done before the patient’s case is sent to the laboratory for the completion of relining/rebasing procedure, is efficient and effective, allowing the practitioner to design a post dam based on clinical information.

Dr. Oh is a clinical professor at the University of Michigan School of Dentistry. A Diplomate of the American Board of Prosthodontics and a Fellow in the American College of Prostho­dontists, he teaches multiple courses as a course director in continuing education related to removable prostho­dontics. He has research interests in prosthodontics and dental materials. He can be reached at ohws@umich.edu.

Dr. Park is professor and chair at the Chonbuk National University School of Dentistry, located in Jeonju, South Korea. A board-certified prosthodontist and a Diplomate of the Korean Board of Prosthodontics, she serves as a course director for removable prosthodontic training for predoctoral and graduate students. She has research interests in removable prostho­dontics, dental ceramics, color, and dental implants. She can be reached at jmpark@jbnu.ac.kr.

Also By These Authors

Duplicating the Posterior Extension of an Existing Denture 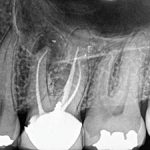 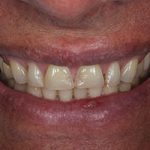 Next post Conservative Interdisciplinary Dentistry: A Digital Approach to an Analog Problem
0 Shares

Optimizing the Health of Soft Tissues to Ensure Success

Reconstruction of the Nose and the Maxillary Arch: The Gift of a Challenge